Riding solo? NBD. Our Lifty package is perfect for the lone wolf on a mountain mission. Protect your skin and keep your swag game strong while saving money with this set. Included: one Ski Balm koozie, a signature bumper sticker, one #SkiNaked lip balm, and (of course) our 1.5oz puck of Original Ski Balm. Nailed it.

We are the Original Ski Balm — as seen in GQ Magazine, the premier men's publication for all things men's fashion, lifestyle and culture. Check it out here.

Let customers speak for us

When I received the lip balm, I saw that the expiration date was 11 days from the day I received it. I tried writing to the customer care email, as well as responding to the original order email, and for both I got the response "unable to deliver message". I researched the company information on-line and found a phone number and was able to reach someone who said he would send me a new lip balm which was more recently produced, and he would correct the issue with the email. Neither has occurred. Weeks later I re-sent emails and once again, they could not be delivered. I called the same number and this time no one returned the call. Very disappointing! I will not be ordering from this company again.

I’ve bought this product several times, and love it!! This time however the balm seemed expired or dated. Usually a white easily spreadable balm that is fresh for my face this order was different and appeared yellow and hard. 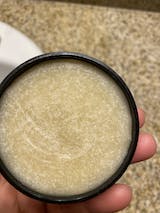 Love this! Winters are brutal in the mountains. I use this everyday on and off the slopes!